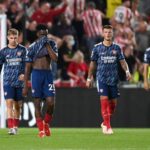 It’s that time of the year again! A time when football fans all around the globe welcome a new football season. A time of renewed hope – one that leaves fans wondering whether this will be ‘their’ season. For fans whose clubs have spent well, ‘bring on the new season’ is their go-to word. For fans whose clubs have not done so, the new season brings a season of despair. In all, For most fans, the dawn of a new season brings with it a clean slate where all the hurts of the past season are forgotten.

With 82 days gone since the 2020/21 season wound down and was inevitably confined to the annals of history, the new season dawns with newly promoted Brentford bringing up the curtain on their first top flight season since 1947 at home to Arsenal. Brentford would become the 50th club to play in the Premier League tonight and would be hoping to be the first debutant to win a home match on the opening day since Hull City last did same in the 2008-09 season. Their rise to the league of the elites has been remarkable – one they would be hoping wpould continue for a very long time.

Arsenal on the other hand are one of the Premier League’s Big Boys as they’ve been in the league since inception. The Gunners come into the season on the back of two back-to-back 8th place finishes. A lot of questions and uncertainties still surrounds Mikel Arteta and his boys – questions they would be hoping to answer as the season progresses. If Arsenal are going to challenge for a place at the top of the league, there are still businesses to be done before the transfer window closes on August 31. But first, they have to deal with Brentford without their Aubameyang and Lacazette

Arsenal is expected to come out of this game with a victory but the absence of their two strikers meant that won’t be a straightforward task. Brentford, cheered on by thy enthusiastic supporters, would be up for it.

I expect Arsenal to start the game with a 4-2-3-1 formation with Balogun starting up front just playing ahead of Pepe, ESR and Saka or Martinelli. Xhaka is a nailed on starter, so it remains to be seen who partners him in midfield. If Arsenal’s  preseason travails are anything to go by, creation of chances could be Arsenal’s Achilles heel once again. How the midfield combines would go a long way to determine how Arsenal would fare in this game. Brentford would be expected to attack hence leaving space for Arsenal to exploit. I hope they do so.

It is very important that Arsenal starts the season on a winning note as the next few games after this are against the holder, Manchester City and title hopefuls Chelsea. Brentford would not be an easy game but I expect the Gunners to get by.

Opinion: What should Arsenal’s realistic target be as the football season returns?