Notice: Trying to get property 'user_login' of non-object in /home/jagooner/public_html/wp-content/plugins/wordpress-seo-premium/frontend/schema/class-schema-utils.php on line 26

Notice: Trying to get property 'user_login' of non-object in /home/jagooner/public_html/wp-content/plugins/wordpress-seo-premium/frontend/schema/class-schema-utils.php on line 26

Notice: Trying to get property 'display_name' of non-object in /home/jagooner/public_html/wp-content/plugins/wordpress-seo-premium/frontend/schema/class-schema-person.php on line 152

Notice: Trying to get property 'user_email' of non-object in /home/jagooner/public_html/wp-content/plugins/wordpress-seo-premium/frontend/schema/class-schema-person.php on line 230

Notice: Trying to get property 'display_name' of non-object in /home/jagooner/public_html/wp-content/plugins/wordpress-seo-premium/frontend/schema/class-schema-person.php on line 236

Arsenal suffered their first defeat of the season in the hands of Liverpool at Anfield last week. And what a better way to bounce back if not with a fixture against rivals and neighbor -Tottenham Hotspur.

Ties between Arsenal and Spurs never disappoint and you can bet your life savings on the fact that this would not be different.

Team News and Potential Line Up

The number of players on Arsenal’s injury list has been reducing and this would be a delight to Unai Emery. Only Bellerin, Holding, Tierney and Mavropanos are 100% certain to miss this game.

Mesut Ozil should return to the squad today but it’s still uncertain if he would feature at any point. Spurs have more worries on their part though as they have two to three first team regulars out because of injury.

I’m expecting us to line up in a 4-3-3 formation but with Emery, you never can tell. 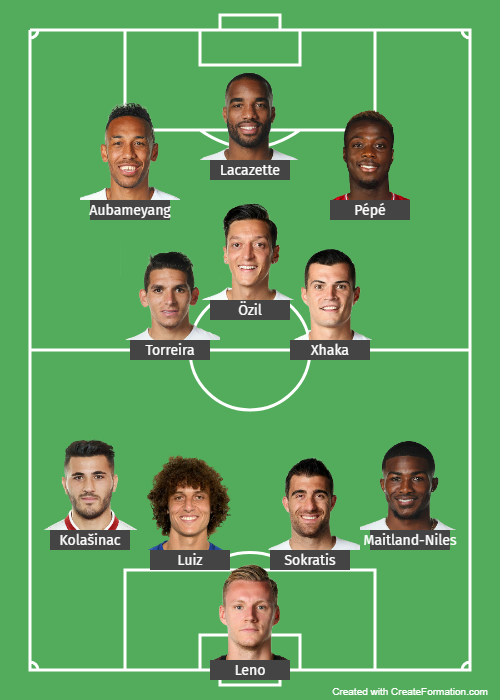 Arsenal were pragmatic with their approach in the loss to Liverpool. They handed the initiative to the Reds and they were duly punished. Regardless of what people say, I feel the approach was wrong. That said, I expect to see a more attacking setup today.

This could be the perfect time unleash the deadly trio of PAL. With Ozil or Ceballos playing behind them, I believe this team would be too much for Spurs and majority of the teams in the league.

Guendouzi and Willock in particular have performed tremendously well in the games they’ve featured this season. I however feel the experiment with them should be suspended – that’s why I’m going for a pivot of Xhaka and Torreira in the base of the midfield.

Spurs have been a shadow of themselves recently and in all honesty, that’s what we want. The truth with derbies however is that form doesn’t matter. That said, I still expect us to have too much for them.

Kick Off: 4:00 PM
Referee: Martin Atkinson
Where To Watch: The match would be available on Cable TV but you can watch right here on this website, on our streaming platform, the 9jagooners Mobile and on MatchDay Live apps.