Arsenal start their 2019/20 season Premier League campaign with a trip to Newcastle’s St. James’ Park. The Gunners would be looking to start their season on a winning note knowing that every points count. Having missed out on Champions League football by a single point last season, Unai Emery and his men must have fully realized the importance of starting strong.

Arsenal have had a brilliant summer transfer window. Virtually all the holes in the squad have been blocked. They have brought in experience, flair and pace – the team must now deliver and what better way to start than an away trip at Newcastle.

Team News and Potential Line Up

Because of the ongoing security situation around them, Mesut Ozil and Sead Kolasinac would not be featuring at St. James’ Park. Bellerin, Holding, Mavropanos and Tierney would also miss out as they recover from injuries. New signings David Luiz and Dani Ceballos might feature while Nicolas Pepe, Alexandre Lacazette and Mohammed Elneny will be assessed. 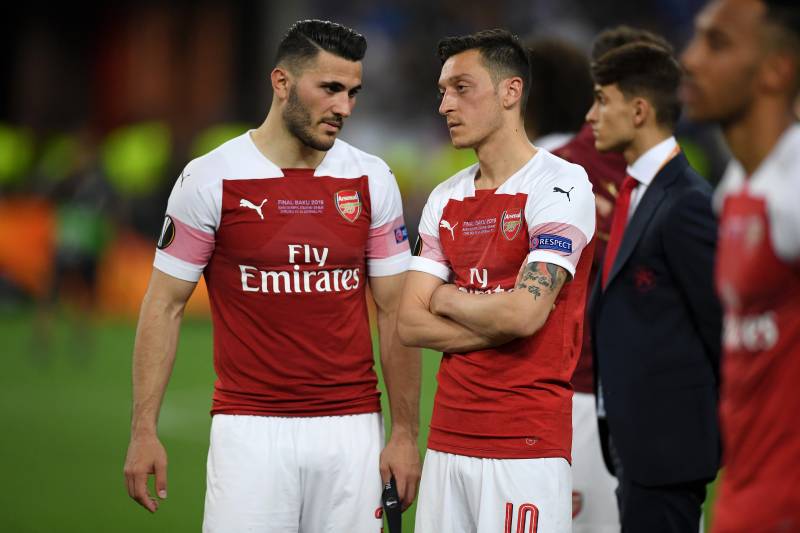 Arsenal should be deploying a 4-2-3-1 formation despite the absence of important players.

In defence, David Luiz is expected to make his debut alongside Sokratis. Maitland-Niles, despite his horror own goal in the last warm up game vs Barcelona should play at right back. In the absence of Kolasinac, Nacho Monreal should play as a left back to complete a back 4.

The midfield is where Unai Emery might have a little bit of headache. He has to decide who would pair Granit Xhaka in the base of the midfield – the not-too-fit Torreira or the impressive Willock. In the absence of Ozil, Ceballos and Mkhitaryan could interchange between the attacking midfield and the wing. Reiss Nelson is expected to take the last slot in midfield while Aubameyang plays as the sole striker.

As tough as games away at St. James’ park are, Arsenal seems to have this habit of picking up maximum points there. As seen in the stats, we have lost just once in 13 matches and that was a long time ago. Tomorrow shouldn’t be an exception. I expect Arsenal to come out all guns blazing.

The top sides that have played blew their opponents away with relative ease. Newcastle are not an easy proposition but they shouldn’t trouble Arsenal that much.

Kick Off: 2:00PM
Referee: Martin Atkinson
Where To Watch: The match would be available on Cable TV but you can watch right here on this website, on our streaming platform, the 9jagooners Mobile and on MatchDay Live apps.

And So It Begins, Four Key Points From Arsenal’s Win Over Newcastle