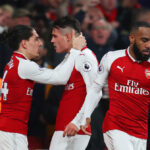 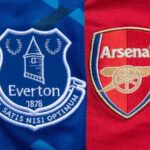 To some folks, this is an obviously shitty and pointless rant, but still, it has to be said in the most shitty way possible.

OK, these are the 5 things we learnt in the game between Arsenal vs Brentford. One common fact on display last night was that we were shit. I think I can say shit, shit, shit, shit and shit.

Five things we learned in the game between Arsenal and Brentford.

OK, let me get straight to the number one point. We are shit – there’s no point blocking out this profanity. Profanity was on show for 90 minutes on TVs around the world, and you watched it, so read it out loud, SHIT SHIT SHIT, completely shit. I mean, what could be worse than being shit? Yeah. Maybe we are worse than being shit. Several things were missing in our Premier League opener last night, and one of the most important and glaring things to observe was that this team lacks confidence. Lack of confidence going forward, in bringing ideas to life, at the back, in the attack. Everywhere.

Brentford stopped us from playing from the back and forced us to go long every freaking time they wanted us to, but we couldn’t do the same to them. It’s not the ability of the players, it’s the lack of confidence to do it. Brentford did it, watch Leeds, Burnley and Crown of Ogbomoso do it.

It was difficult to release passes. I mean, you can’t look at the Brentford and Arsenal players and think they have better players, hell f****ng no. The players were completely out of their depth. It’s unthinkable freaking unthinkable. So there you have it. We are shit and low on confidence, the ginger mentality is on the floor. 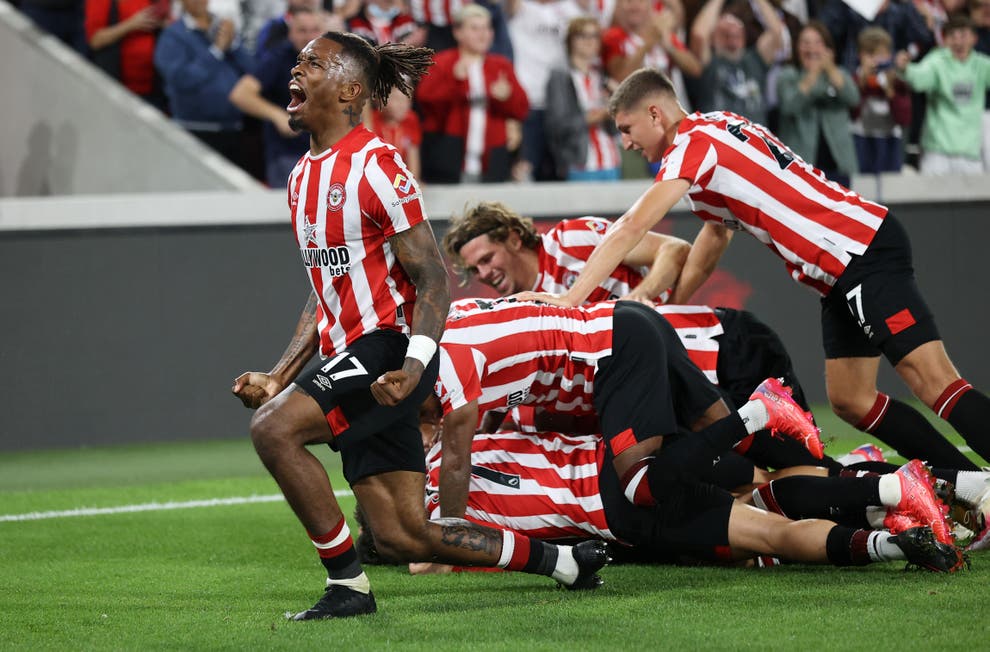 I’ve lost count, so take this as number 2. We’re in big trouble. Why? Well, this club is known for not making decisions when it’s required. So together with the fact that we are shit and, we also do not make decisions quickly. That points to a very, very dangerous future, yeah?

This means we are in trouble and by the time we finally wake up from this slumber, clubs would have, you know left us behind. Manchester City, Manchester United, Liverpool, Chelsea, would have built a massive bridge between us. We finished 8th in the last two seasons, so how do we improve on that? Boom, we started the new season on the back foot losing to a newly promoted football club. So the fact that we are shit, bad at making decisions is exactly why we are in deep shitty trouble. Reminder, we are shit. So I expect them to find it difficult to replace this failing manager. I mean, there were quality managers everywhere before we went to Manchester like a thief in the night to beg a rookie to come and take charge of one of the most respected football clubs in the world. I celebrated that move, but then it’s freaking time to move on. We shouldn’t find it difficult to move on quickly from a failing manager. 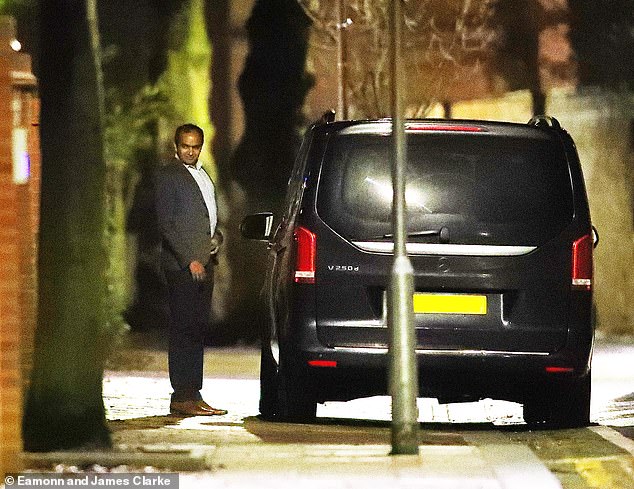 Vinai pictured at Mikel Arteta’s house in Manchester in 2019

Mikel, Mikel Arteta. I have many things to say about this rookie, but then words are not enough to express how I feel, and the best decision right now for everybody is for him to leave. There’s no other way to put that respectfully. I had a lot of hope for him when he was appointed, but not anymore. We have come to the end of that relationship. Why did I think then that Arteta was a good replacement for Emery? Where did that delusion come from? I still think it was a spell, juju, or whatever you call it. Because there was nothing to hold on to except he played for Arsene Wenger and was assistant to Pep Guardiola. But he wasn’t the only ex-player with that profile, so rather than say I fell for his massive PR campaigns, I will resign to the juju angle. Chose your own poison. 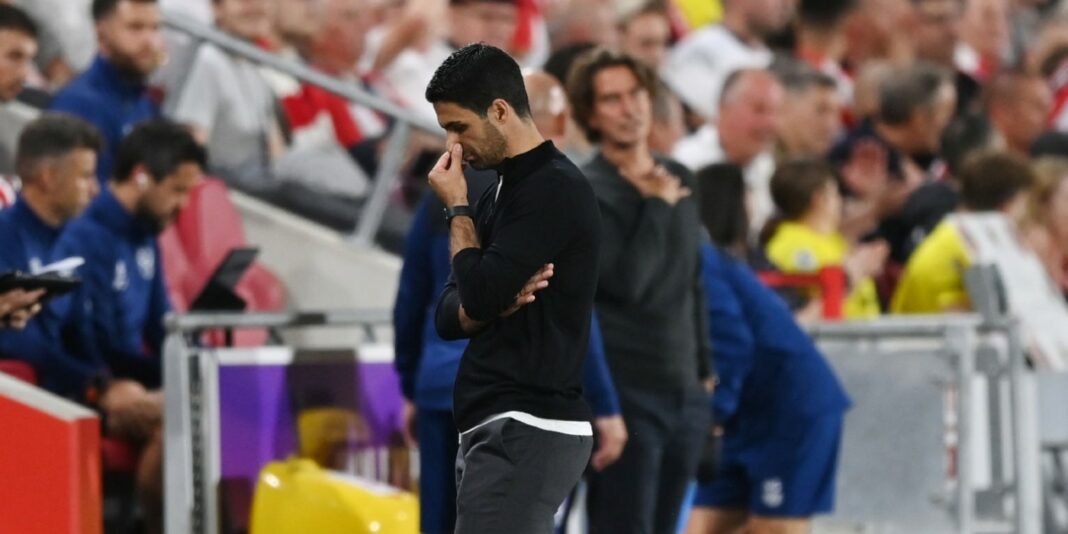 Are you out of you depth, Mikel?

So what is really going on here at Arsenal? The club managed to arrange more than enough pre-season games, considering the COVID situations, and funds were made available for new players. The three additions are good players, at least for our current standard, but considering what our major problem was last season, we have managed to sign 3 players and they are all defensive additions. Waawuuuuuuuu!

We have to do something fast, unfortunately, we are not classy like that. Making good decisions fast is not the Arsenal way? We have lost the elite status. We finished 8th in consecutive seasons, and can not even compete for a place in Europe (tears in my eyes).

A reminder that we are still shit, and have been left behind.

We cannot confidently compete against Leicester, Aston Villa, West Ham and even the erratic Everton. So the earlier we do something, the better for us. We cannot hold onto being this Arsenal that used to take time before making decisions. This decision needs to run now and fast.

Something else is going on. Before the game, we saw a video of Mikel Arteta talking about how delusional the Willian signing was. Then moments after Lacazette and Aubameyang fell “sick”. I am not surprised really. Is there anyone out there who is not currently sick of Mikel Arteta? So it’s more or less likely most of our stars are tired of our manager and this could only end one way. The manager has to leave. Period. 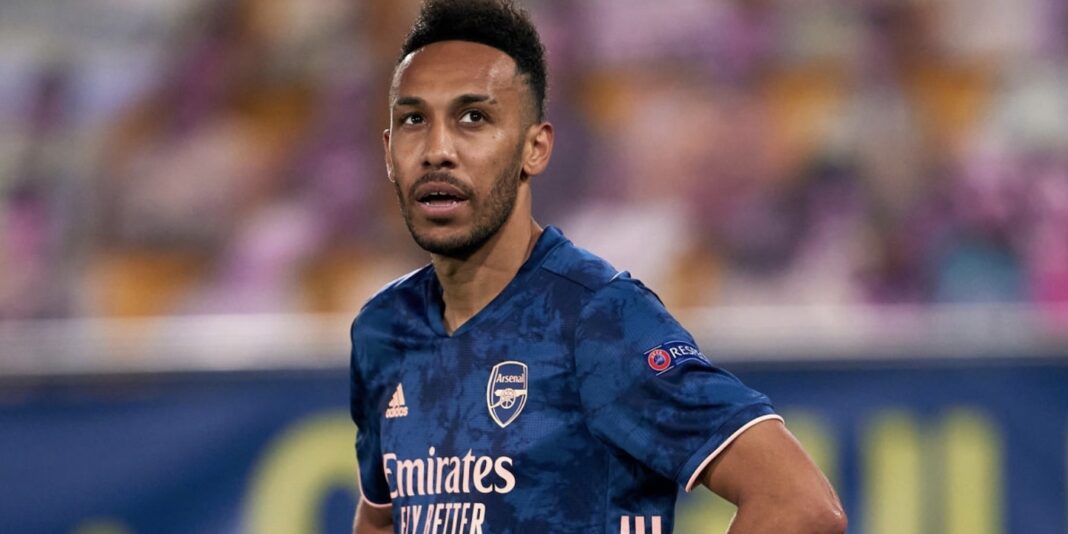 Ill or tired of the manager?

We need to start moving the conversation further past the kind of players to improve Arsenal when the Manager is yet to get results with the quality of players at his disposal. He has so far made shit of all our stars. Martinelli is now shit. Nelson who? Shit. Thomas Partey – shit. Aubameyang – shit, Lacazette – fucking shit, Ozil – shit, Leno – shit, Bellerin – shit.

You may not agree with all I’ve said, but at least you are getting the point in your shit-filled mind.

Arsenal is shit now. So the guys tasked with managing the shitty club have got to make a shitty decision now and fire his the shitty ass of that gelly-ass fraud.

Thanks for coming to my ted talk.

This article was written by @Dr31UndAchtzig. Please note that this article does not necessarily reflect the views and opinion of everyone associated to 9jagooners.com