5 Arsenal Youngsters Who Have Impressed During Gunners’ Pre-Season Friendlies

All the talk surrounding Arsenal this summer has been centered around trying to inject some much-needed quality into a side that (yet again) fell behind the Premier League top four last season.

Arrivals have been forthcoming in the shape of William Saliba, Dani Ceballos and Gabriel Martinelli – with Nicolas Pepe imminent – although the decision to promote Freddie Ljungberg from Under-23 coach to assistant first-team coach signalled a desire to incorporate further youth in the senior fold.

That has been made evident throughout pre-season, with a number of youngsters featuring heavily during their summer friendlies, with a good number of them catching the eye over the course of the summer.

Due to those successes, here a five of those up and coming stars who may well be knocking on Unai Emery’s door come the start of the Premier league campaign next weekend. The standout performer during the ​Gunners’ pre-season fixtures has unquestionably been Joe Willock. Fans were shown glimpses of the 19-year-old’s talent last season, as Willock racked up three Europa League appearances, alongside two further outings in the league.

What has been the most notable quality in his game is his confidence on the ball. This was first demonstrated against ​Bayern Munich, as when faced against experienced opposition he looked unflustered. More than willing to carry the ball and play key passes, he shone in an advanced midfield role. Such calmness on the ball abandoned Arsenal last season, with fans left instead to revel in the umpteen mistakes made by Granit Xhaka every 90 minutes.

On a positive note, his performances drew praise from Mesut Ozil, who said on the club’s​ official website: “He knows what he can do, so he is not arrogant on the pitch but he believes in himself.”

And if that wasn’t enough, following their clash with ​Real Madrid, Zinedine Zidane took time to laud the youngster. The Frenchman heaped praise on Willock’s ability to dictate the tempo of the game, as well as his physical traits, after the two sides played out a 2-2 draw. Admiration such as that should never be understated by a player who is widely regarded as one of the best midfielders of his generation. 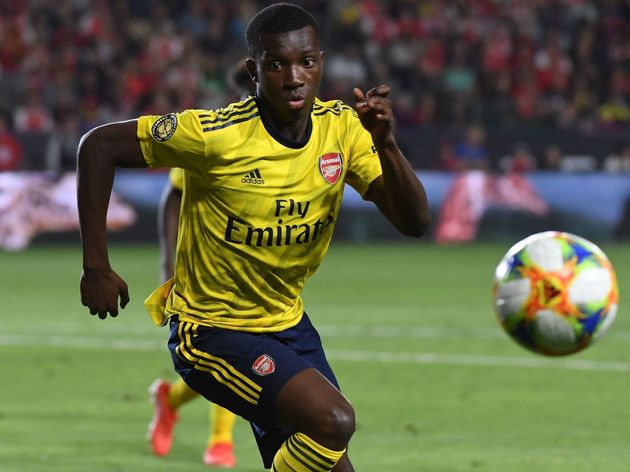 Patience is a virtue.

Well, it certainly has been for Eddie Nketiah, who burst onto the Arsenal scene back in November 2017 with a two-goal League Cup cameo, before being resigned to a spot on the bench for much of his career afterwards.

Inroads were made last season as he scored his first Premier League goal on the final day of the campaign, prompting increased playing time over the course of this summer.

With the extra minutes on the pitch, he’s already proved his worth, netting three times in same number of appearances during the International Champions Cup. The 20-year-old has demonstrated a keen eye for goal, with a big improvement on the timing of his runs into the box. Furthermore, his improved self-belief has become clear, with a desire to take his man and make the right decisions in forward areas showcasing an increased level of maturity

He still has elements of his game to iron out, but when presented with a run in the team he’s shone. Rumours are he may leave on loan the coming season, but quite frankly there is no reason he shouldn’t lead the line for the Europa League campaign, at least. Nelson’s loan spell at Hoffenheim last term started with aplomb, but worryingly tailed off during the second half of the season, leaving many Arsenal fans questioning whether he had the mental toughness to make it at the Emirates.

Apparently so. Nelson netted his first pre-season goal against Angers on Wednesday, but that hasn’t stopped supporters getting excited about his potential. Possessing lightening pace and array of tricks to boot, he has shown himself to be a player to get fans off their seats, even if his end product may be lacking at times.

As has been the recurring theme with the Arsenal youngsters, the 19-year-old isn’t one to shy away from a challenge. His stint in the ​Bundesliga has clearly boosted his confidence, while Emery must be drilling into his young stars that they do have a chance of first-team football next season given the level of performance on show. 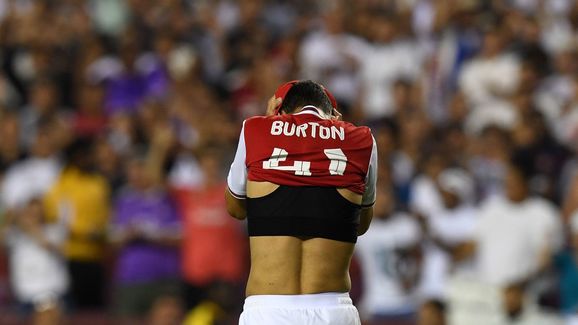 It speaks volumes of Freddie Ljungberg’s influence when after featuring for Arsenal against Bayern, Emery confessed he had never heard of the 19-year-old before the Swede brought him to his attention.

In a footballing sense though, Burton has done relatively well in the heart of midfield. He featured in some capacity for every one of Arsenal’s three International Champions Cup matches, operating in central midfield. Tasked with linking defence and attack, his passing ability is a key attribute, with the range of his distribution being impressive. He’s shown that on occasion, undeterred by the quality of opponent and willing to make mistakes in the aid of future progression.

A relatively poor showing during the Angers game did him no favours, but its been encouraging signs this summer for Burton. 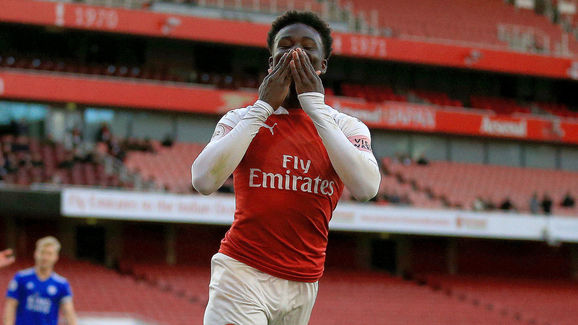 What better way to start pre-season than netting in your side’s opening fixture? Granted, Colorado Rapids are hardly European stalwarts, but it set the tone for what has been an solid pre-season campaign for the 17-year-old.

His electrifying pace is still there from last season, as is his direct running, but the manner in which he uses those attributes have increased two-fold since last season. It seemed at time the pressure of competitive football weighed heavy during his Europa League cameos, but there is undoubtedly some raw talent there.

Given the magnitude of clashes against Bayern and Real, he couldn’t quite assert himself as he would have liked. Although, such clashes can only benefit someone of his age going forward, as he looks to cement himself in Emery’s plans.

That said though, a loan could suit him, and a Championship club would be foolish to pass up on such an opportunity if it fell on their lap.

All you need to know about Fantasy Premier League